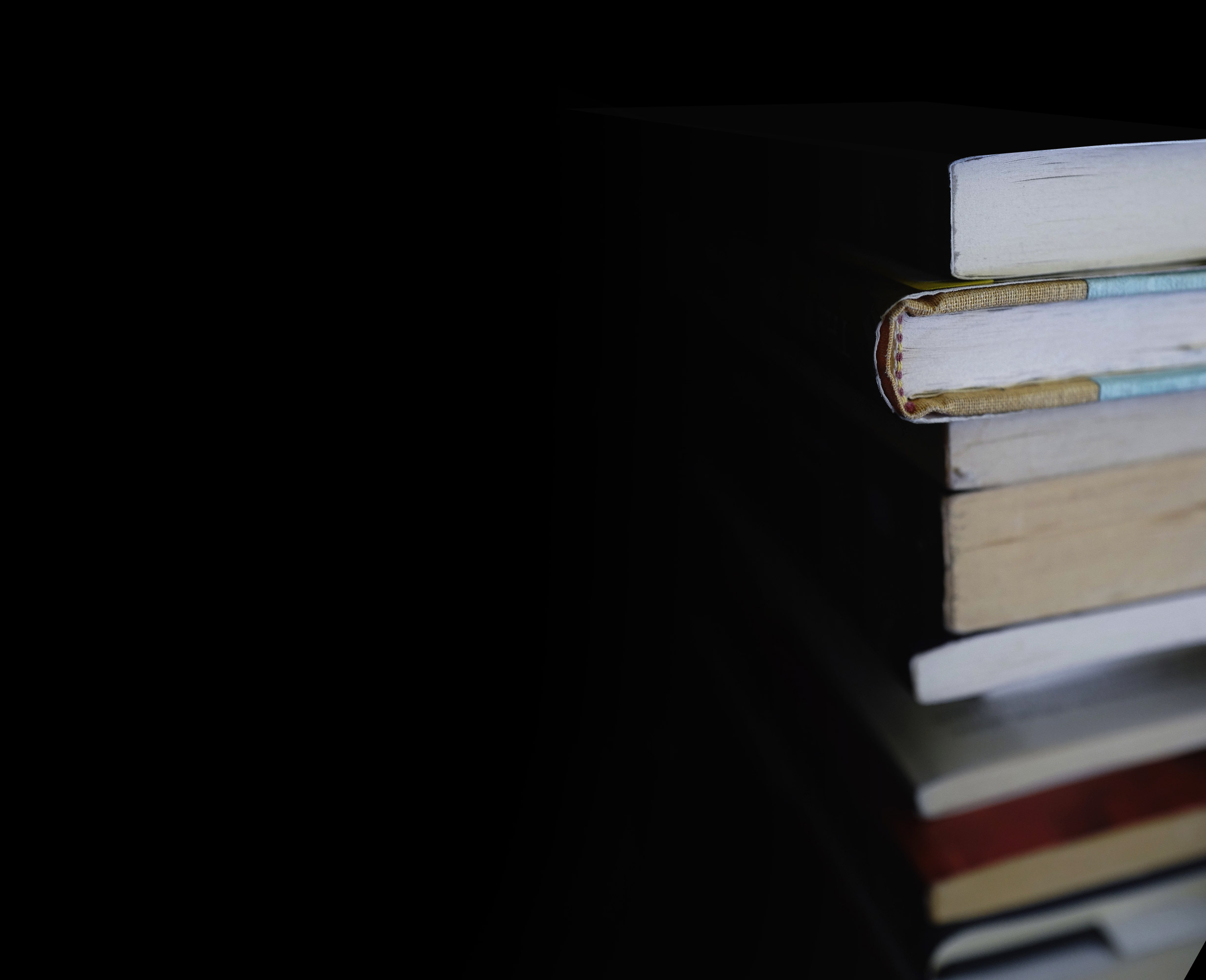 In the fall of 1976, the CEO of Random House, Inc., Robert L. (Bob) Bernstein, accompanied by his wife Helen, came to Moscow where I was The Washington Post’s correspondent. My wife, Susan, and I were asked to show them hospitality. They were excellent guests. By the end of the week they had met, among others, the great Andrei Sakharov and the courageous dissident Anatoly Sharansky, both of whom were to become Random House authors.

On their last day as we were driving to the dacha of the poet Andrei Voznesensky outside the city, Bob remarked “journalism is really not a fit profession for a grown man, so let me know if you ever decide to make a change.”

In 1983, now the London correspondent of the Post and 20 years into a journalism career, I called Bob and asked whether there might be a role for me at Random House. My reasoning was that I would not learn as much in the next decade as I had in the previous ones as a reporter and editor.

Jason Epstein, Random Trade’s formidable editorial director came to London to assess my candidacy. So, early the next year I was at the Yale Cub in New York where Tony Schulte, Random House’s executive vice president was offering me a job as a senior editor. For reasons I still can’t fathom, I asked if, I was still employed after six months, I could have a second title to show some advancement. I tossed out “associate publisher,” without, to be honest, a clue of what that meant.

Tony checked with Bob who agreed on the principle, I suspect, that if I wanted the position, I’d have to figure out how to do it, or fail. That was up to me.

On April 1, 1984 I arrived at Random House at 201 E. 50th Street. I was introduced to S.I. Newhouse, the proprietor, in Bob’s office and that seemed to be my only formal initiation.

A few days later I sat in my first sales meeting and was surprised to see New York’s Governor Mario Cuomo show up to pitch his forthcoming memoir. When the time came for questions I almost, but fortunately did not, queried the governor on why he was promoting his book instead of doing the peoples’ business. His long-time political foe, Ed Koch had a major bestseller that spring called Mayor.

And that was my main insight of those first weeks. In journalism, your mission is to go out and get the story; the story is written and then you go home and wait for its appearance. In publishing, there is a story to get, it gets written, and then it has to be sold to be read. There is no advertising to pay the bills.

Despite never having done any selling, I had the feeling I might enjoy it.

Nonetheless, I was still a reporter at heart. Starting on the 28th floor of the building with Andrei Schiffrin of Pantheon, moving down to the 21st floor with Bob Gottlieb at Knopf, and working my way to the sales department on the fourth floor, I interviewed this gallery of professionals. To their credit, they answered my questions, which were doubtless naïve, if not ignorant.

My predecessor on the 11th floor editors’ row at Random Trade had been (no other word) fired, leaving behind his young assistant Derek Johns. I asked Derek if he could help me with the jargon—flow through on rights and PPB, Announced First Printing (a bogus number), and so forth. In return, when he told me he was being paid $12,000 a year despite already having published a novel in Britain, where he was from, I committed to getting his salary up to $18,000 in a year.

I started attending Jason Epstein’s weekly meeting of the senior editors and the very occasional marketing meetings that mainly consisted of Jason recommending advertising in the New York Review of Books, which he had founded in 1963.

In July Governor Cuomo, his book now released, was the keynote speaker at the Democratic National Convention in San Francisco. Here is what I remember of his call the next morning with Jason, the governor having flown all night back to New York.

“Governor that was a great speech…”

“You say Matilda [Cuomo’s wife] looked into how many stores near the convention and couldn’t find your book anywhere?”

“Governor, no author since Homer has been able to find his own book in a bookstore.”

I have repeated that line to practically every author I have published over the next quarter century and counting.

On the business side, my main lesson came from Bernstein. One afternoon I was in his office asking why I hadn’t been included in a meeting of executives on some matter I cannot remember. “Peter,” Bob said without a smile, “keep your eyes on the books. If they don’t work, nothing will save you. …”

That put emphasis on something else Bob had said before I had even joined the company. I was doing the last of my regular Monday morning conversations on the news with the host of NPR’s Morning Edition when Bob was introduced as a guest. “What are you going to tell him to do on his first day at Random House?” was the question.

On the other hand, I had to learn how to acquire, edit, and publish a book. As might have been expected, the other editors had manuscripts they wanted to get rid of and these were assigned to me. I will not list them here, but if I did it would be clear that this was a form of hazing, the kind you get when joining a fraternity. In one case, I went to trial to recover an advance. In another instance, the manuscript in preparation was lifted somehow from a storage room and we spent six weeks in a windowless conference room convincing the lawyers of the subject of the book not to sue.

Soon I was acquiring my own books. The first was a prescient examination of what he called The American Health Care Revolution by Joseph Califano, who had been secretary of health, education, and welfare in the Jimmy Carter administration. Gary Sick’ who had been the Carter administration’s expert on Iran during the hostage crisis of 1979-80’ wrote about that subject. The New York Times chose it as one of the best books of the year. Then, there was Stanley Karnow’s history of the United States in the Philippines, which went on to win a Pulitzer for nonfiction.

For $1 million in an auction I won House Speaker Tip O’Neill’s memoirs, which was considered a big enough deal to get a full write-up in the Times. I edited Jimmy and Rosalyn’s Carter’s book on their post-presidential plans called Everything to Gain: Making the Most of the Rest of your Life. Carter later said, publicly, that their collaboration was the tensest period of their marriage and that I had been the “referee.”

Books take time so it wasn’t until the spring of 1987 that “my” books were coming out in a flow, rather than one at a time. ABC’s rambunctious White House correspondent Sam Donaldson had written his account of that job called Hold on Mr. President, which had been out a week or two when Carl Lennertz of the sales department and I went out for sushi one lunchtime. On our return, a note was taped to my door reporting that the Donaldson was #12 on the Times bestseller list, a first-time thrill. The O’Neill and Carter books were bestsellers also. And in December came what turned out to be the most notorious book I have edited, Donald Trump’s Art of the Deal, a book that “Si” Newhouse himself had commissioned.

(These days I always hasten to add that in 1995, I was publisher of Barack Obama’s Dreams from My Father, of which I am much prouder.)

As for the associate publisher position, it turned out that my promotion coincided with the arrival of Howard Kaminsky as Random Trade’s publisher, a title that had been vacant. Not surprisingly Howard wondered why this relatively new hire had been give so lofty sounding a job. His first thought was that I should be associate editorial director to Jason. Although Jason and I were getting along fine, I thought that proposition might be problematic.

Howard had hired Carolyn Reidy to be his (real) associate publisher on her way to becoming CEO of Simon & Schuster. My role, he determined, should be oversight of the in-house copy-editing department, which I enjoyed. They were all much better line editors than I was.

Because—to be blunt—no one had ever explained in detail how to do the various tasks of a senior editor, I tended to do everything, from acquiring negotiations all the way to assisting with name cards and placement for author dinners. No one told me to stop and gradually it was accepted that this outsider, this novice, had come to stay.

Ever since, I have said that jobs are ten percent given to you and 90 percent taken by you. All of this took place more than 35 years ago. The fact that I can recall it so clearly must mean it was memorable. What I now believe is that instinct, initiative, some skill, and a measure of obliviousness is an asset to learning a trade, even publishing.

Back to The Latest